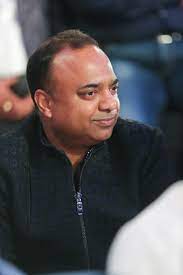 Rajesh Bhimsaria is the Chairman of Generation Next Communications Pte Ltd, which position he has held since December 2003. Based in Hong Kong, he is involved in the overall management of the company, and takes a keen interest in the company’s growth across the many countries it operates in. In addition to his position at Generation Next, he is also the Director of Bhimsaria Group, Nepal, which position he has held since 1987. The Bhimsaria Group was founded in 1970 in Nepal as a textile distributor but has now diversified into other fields such as IT , Finance, Cement, Hydro Power and FMCG products. Over the years, he has succeeded in leading the Group to become an extremely profitable Group with its head office in Hong Kong. In his capacity as Director, Rajesh oversees the diversified business operations of the Group across the countries. Additionally, he holds the position of Director at the Hong Kong-based Computech Overseas International, which position he has held since 1986. A proud product of Modern Indian School and Tribhuvan University, both of Nepal, he boasts over 25 years in management and entrepreneurship roles, and has worked with a diverse range of clients and resources. He holds a degree in commerce from Tribhuvan University, Nepal. 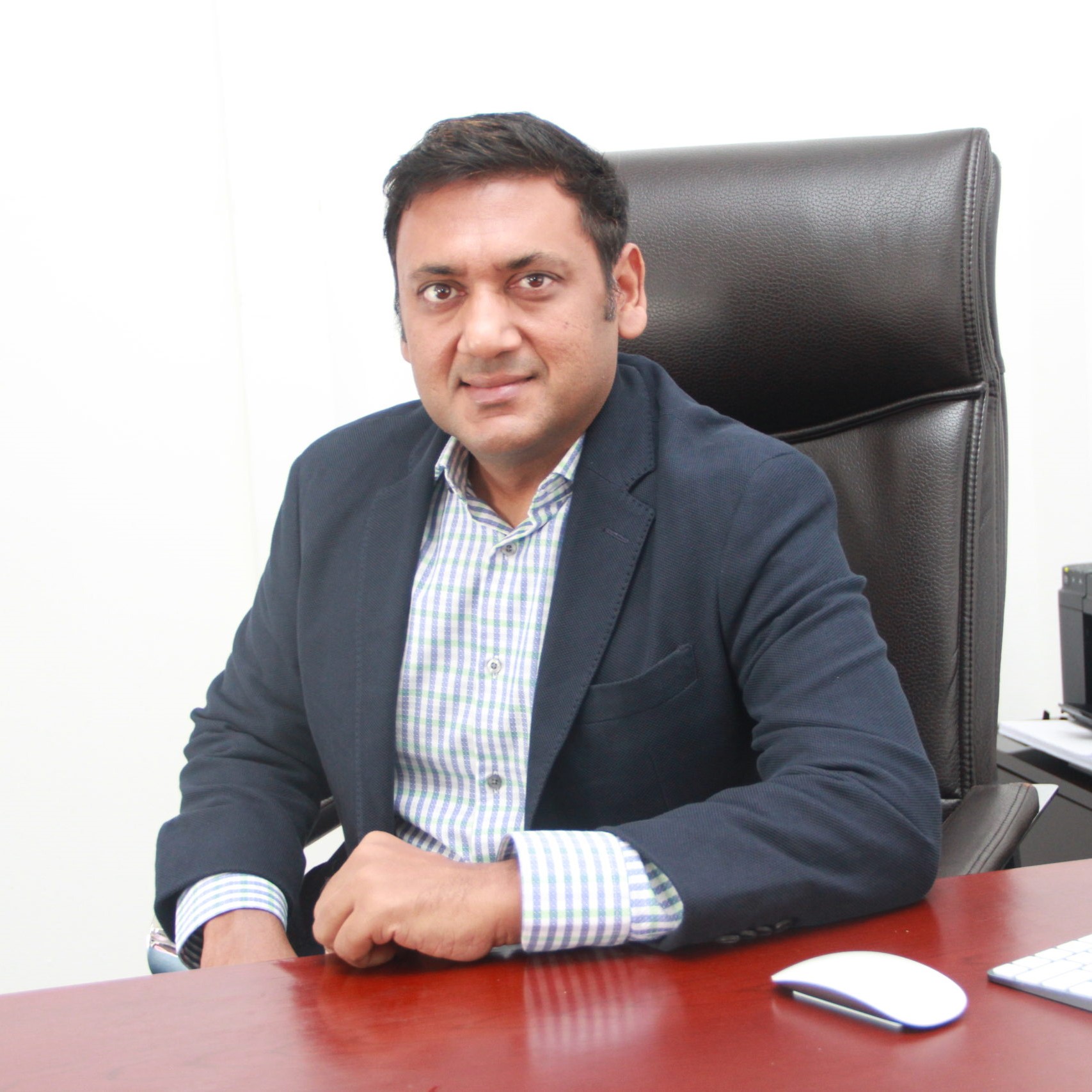 Kailash Shivkumar Gupta is the Managing Director and Owner of Generation Next Communication. He oversees the operations of all GENXT offices in Singapore, Sri Lanka and Myanmar. He has been the Managing Director of GENXT since 2003, and has been leveraging his business acumen and experience of over 25 years to build and grow GENXT into a company working with international super brands whilst expanding its operation to 9 countries. Before starting GENXT, Kailash held the position of Director Snow-cool Mentha Products Pvt Ltd from July 1996 to December 2003, where he was responsible for financial planning and had overall responsibility of the plant. With a degree in Commerce from the Sydenham College of Commerce Economics at the University of Mumbai, Kailash possesses extensive theoretical and practical knowledge and experience in financial planning and management controls, which he has put to good use with GENXT. He gained SSC in 1991 at Hindi Vidya Bhavan, India. 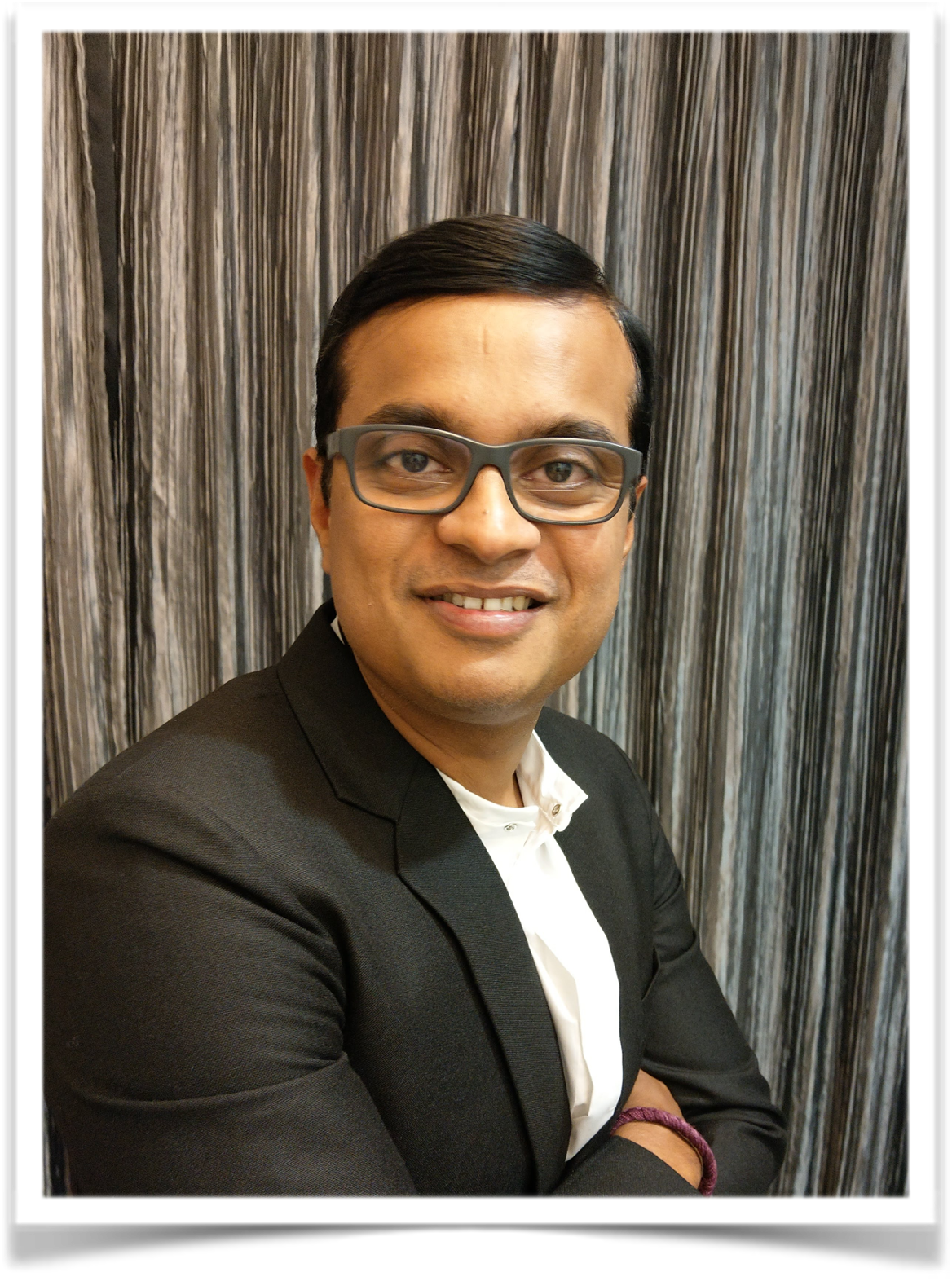 Karthik Arasu joined Generation Next Group in October 2017 as the Director – Business Development. Prior to this stint, he has worked with Brands like HTC, Huawei, Reliance and Onida in markets across South Asia, India and East Africa.
His expertise includes South Asia business development, go-to-market strategy, key account management, entrepreneurial leadership, developing strategic partnerships, and budget and finance management. At Generation Next, he oversees strategic transformations in sales, business development, and commercial operations along with marketing campaigns across eight countries for smartphones, laptops and Tablets
He holds a PE II from the Institute of Chartered Accountants of India and a Bachelor of Commerce from St. Aloysius College, Mangalore. 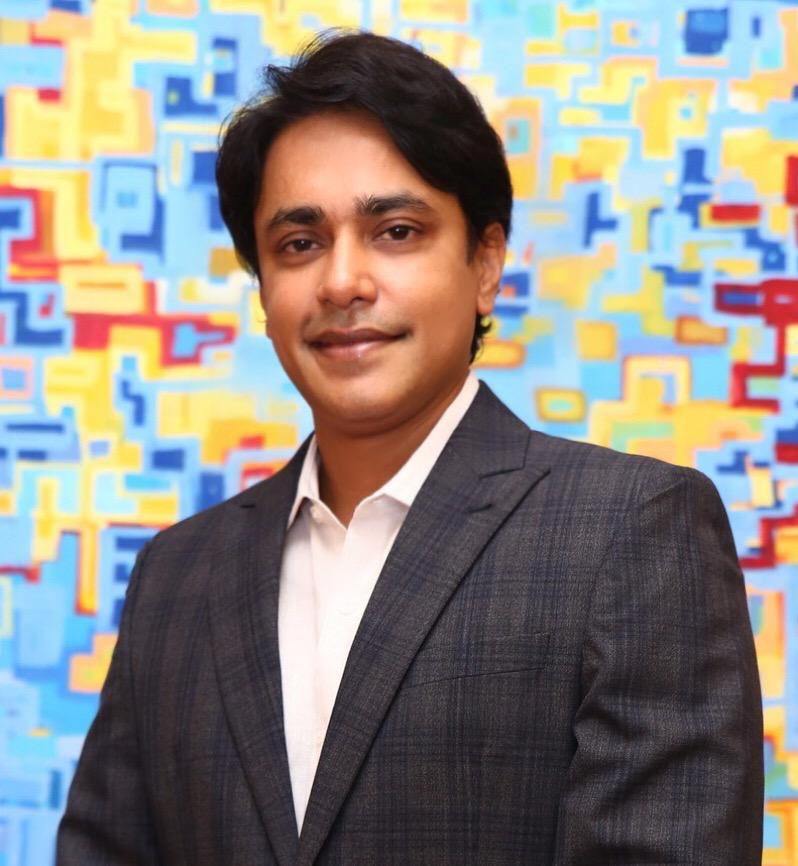 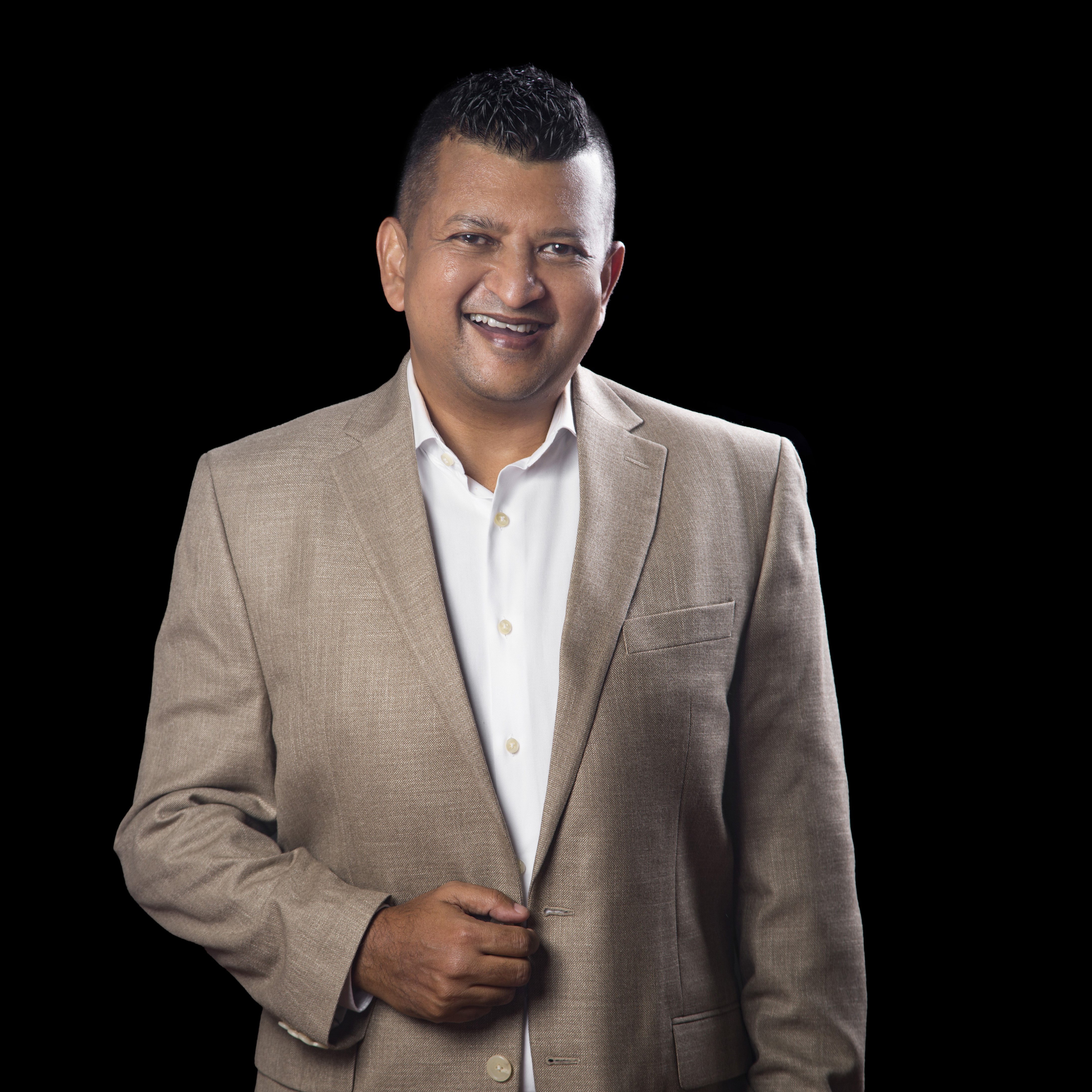 Rajeev began his illustrious and diverse career as an Accounts clerk at the George Steuart Group. He subsequently worked as a Medical Representative in the Pharmaceuticals arm of the same group before joining with the multinational Muller & Phipps, Hemas, Swedish Trading & Softlogic communications. At the latter, he was promoted to National Sales Manager, General Manager, and ultimately a Director during his career in the pharmaceutical industry, he has participated in international training and workshops.

He has many years of experience in the Telecommunications industry and in Distribution and Channel Management, which has helped him start Generation Next in Sri Lanka in 2017. During his stint as National Sales Manager and General Manager/ Director at Softlogic, Nokia held the highest market share for five years. When the brand was bought over by Microsoft Mobile, under Rajeev, Microsoft Sri Lanka won the award for Maintaining the best market share in a country globally. As CEO of Generation Next, Rajeev has contributed significantly to the company’s success. Putting his own personal goals on hold, he took on the work for starting this company has been instrumental in raising it to its prestigious state today. His dedication to building networks across the region and with multiple partners has stood him in good stead : From working with Lava, HTC, and Vivo to being the authorized dealer for Apple and (Mi) withing 4 years Generation Next’s success owes much to his tenaciousness and business acumen. His leadership has led the company to great heights in a short time. Rajeev holds an MBA from Metropolitan University of Cardiff. 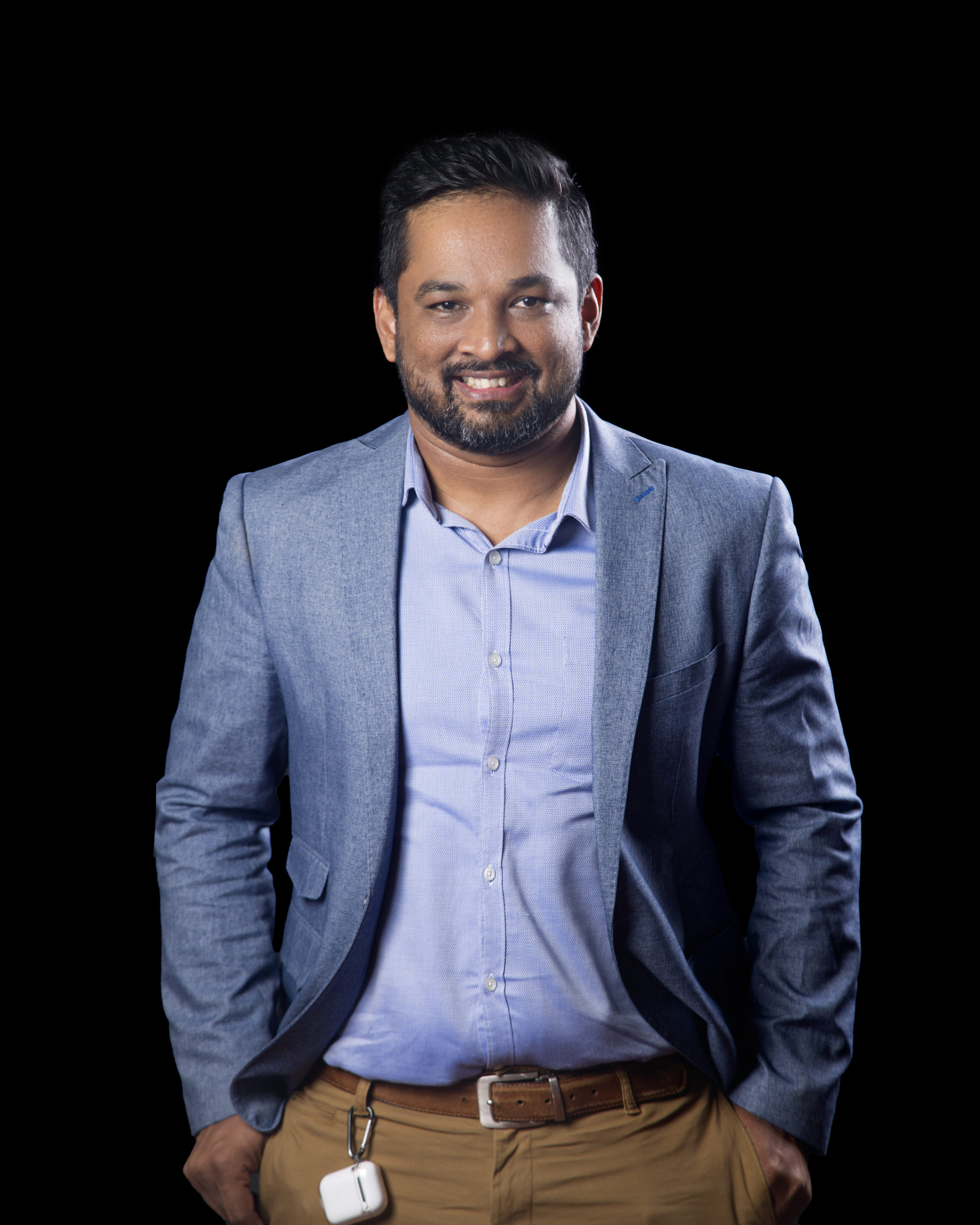 Our AGM Sales Apple Products, Tehan, brings over 14 years of experience in sales, marketing communications and promotion planning and execution, event management and key account management. He works with HQ and SL backend operation teams, identifying and capitalizing on potential opportunities. He is involved in developing business through proposing future business strategies. Before becoming the Manager Sales at Generation Next, he was at Softlogic Communications (Pvt) Ltd from 2006 to 2017, finishing as the Marketing Manager for Nokia and HTC. Tehan holds an MBA from Anglia Ruskin University – UK. 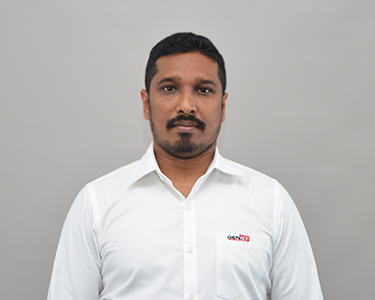 AGM Sales for Xiaomi and POCO, Deepal handles the Xiaomi Operation with 25 team members, and maintains and supplies stocks for 1,500 retailers island-wide. He forecasts import market requirement and monthly, quarterly and annual targets. Prior to joining us he was at Vectone Mobile Holdings in the United Kingdom, Mercantile Investments and Finance PLC, Ikman.lk and People’s Leasing and Finance PLC. He was also the Senior Area Sales Manager for Nokia mobile phones at Softlogic up until December 2010. Having joined as a Sales Executive, he was subsequently promoted to Senior Area Sales Executive for his performance. 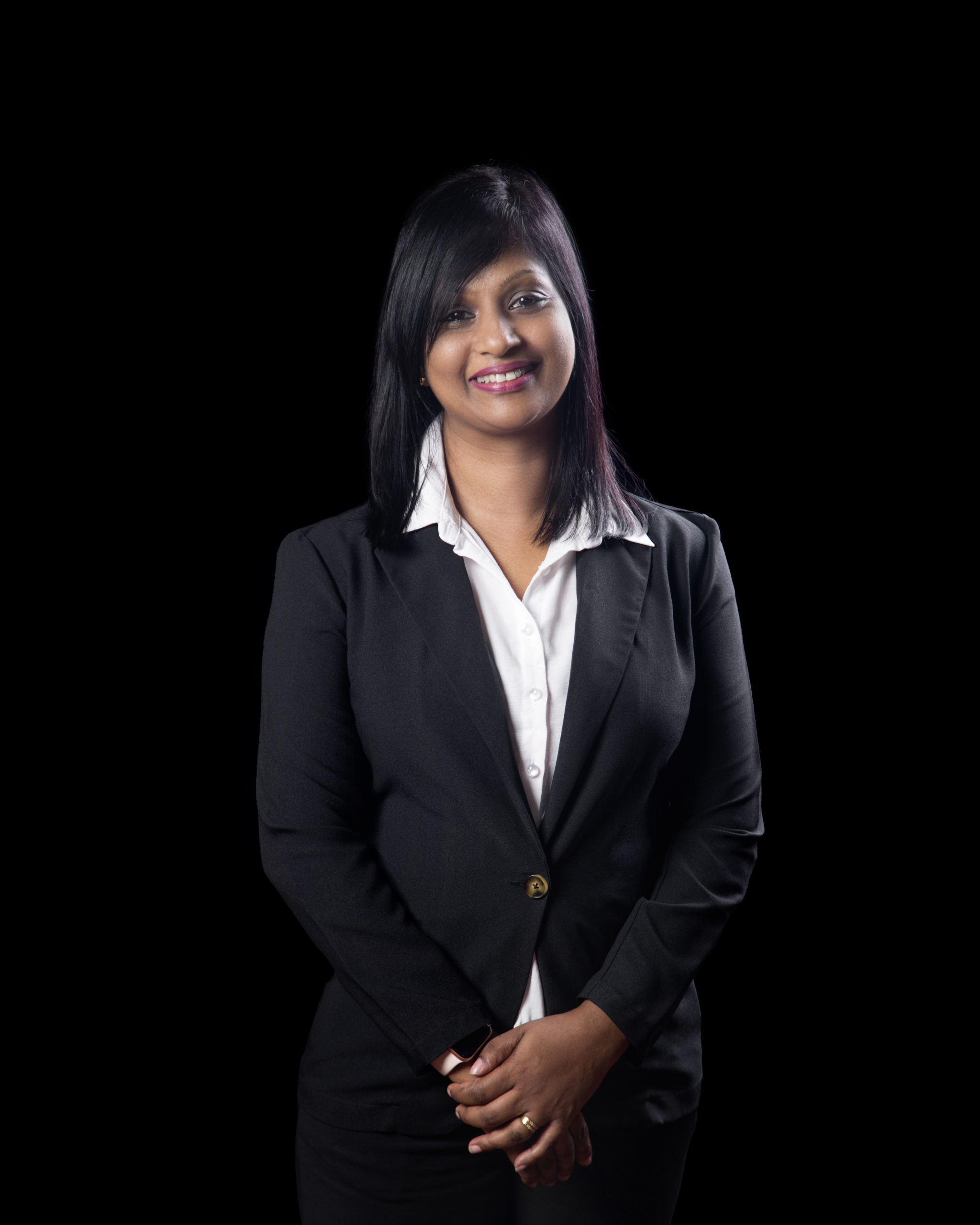 Cythia is our AGM Sales Operations, responsible for the overall strategy and execution of supply chain management function as well as planning, directing, and handling the sales operations of the organization. She manages the logistics team and develops policies to increase efficiency throughout the supply chain process. With a career spanning 24 years and many roles, Cynthia has experience in administrative tasks as well as working with People and building rapport. She was the Assistant Manager Sales Operations for Softlogic Communications from 2013 to 2017, dealing with principals on stock requirements, analyzing channel stocks and ensuring activations. She has also held positions at M.H. Alshaya Co. L.L.C, Dubai and Sky Track Buying Office Ltd. 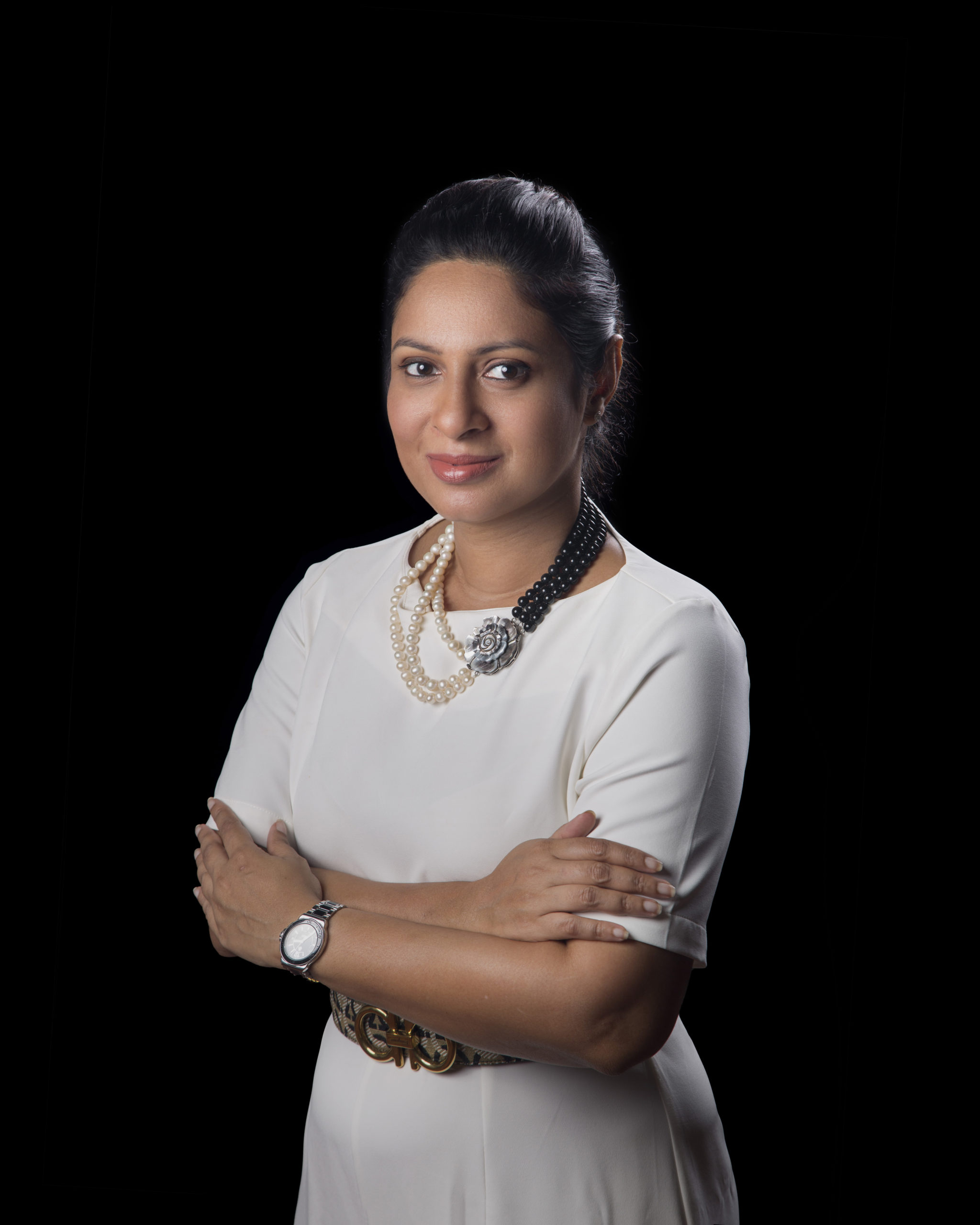 Nirasha has been with Generation Next since 2018 as AGM Marketing. She has over 12 years experience in marketing communications communications, marketing and promotion planning and execution, event management. Prior to joining us, she was at Wizcraft Sri Lanka, Asiri Group of Hospitals, Softlogic Finance PLC and Softlogic Communications. She handles marketing planning and execution for both Apple and Xiaomi in Sri Lanka and advertising across ATL, BTL, Digital & Social Media Platforms. Nirasha holds a MBA from Cardiff Metropolitan University. 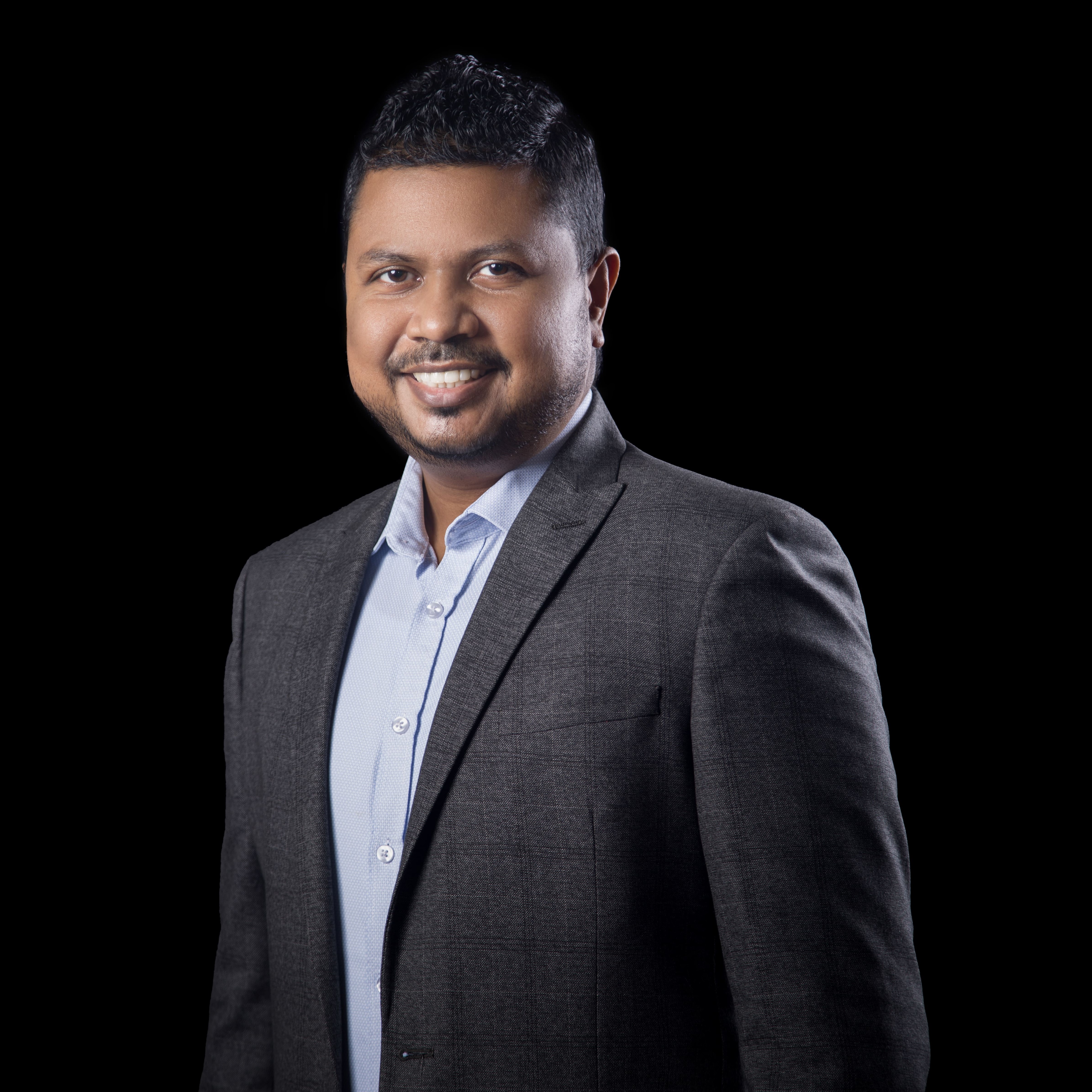 Sakunda has 18 years of experience working at many leading organizations such as People’s Bank, Ernest and Young, Associated Battery manufacturers (Ceylon) Limited, International College of Business & Technologly Limited and Sri Lanka Telecom. A finance professional, he heads finance division for Generation Next.

Head of Service and Corporate Sales 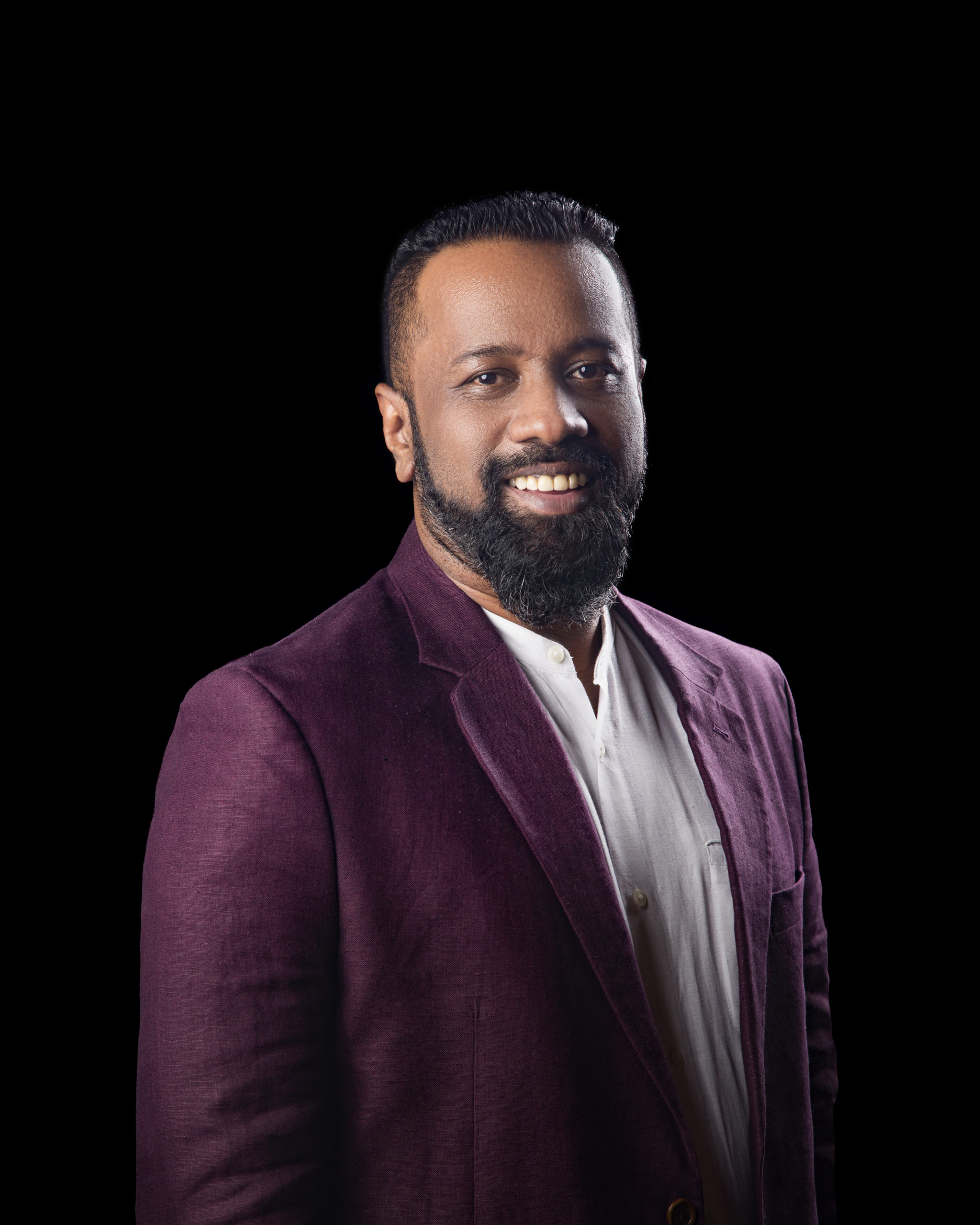 Charles has been Head of Corporate Sales & Retail since January 2021, managing the service center operations by implementing and streamlining the policies and processes to ensure that lead-time is reduced whilst obtaining the utmost customer satisfaction. In addition, he is our Head of Retail Sales. Before joining Generation Next, he was the Chief Manager Customer Service (Head of Division) at Samsung Electronics and Manager Enterprise Projects Greenwich Lanka (Pvt) Ltd subsidiary of PCH Group. 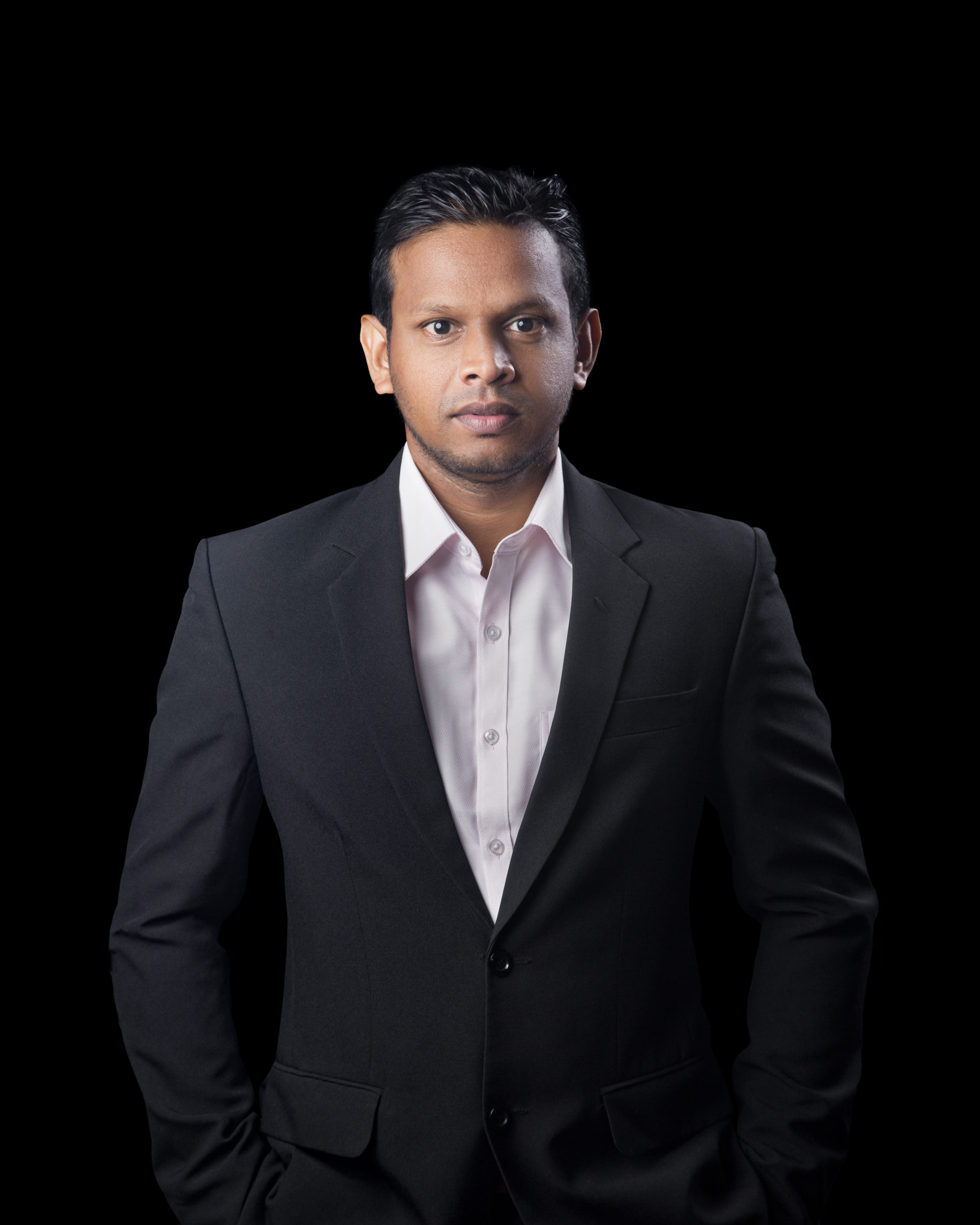 Gayan holds a MBA from Wrexham Glyndwr University UK together with a Diploma from NIBM Sri Lanka and has over 18 years’ experience in Warehouse and Inventory Control. Handling Genxt Sri Lanka inventory control, Warehouse and ERP systems Gayan’s contribution is integral to our business where distribution pays a major part. Previously Gayan was attached to Softlogic Communications handling inventory for various mobile brands.

Head of Training and Sales Development 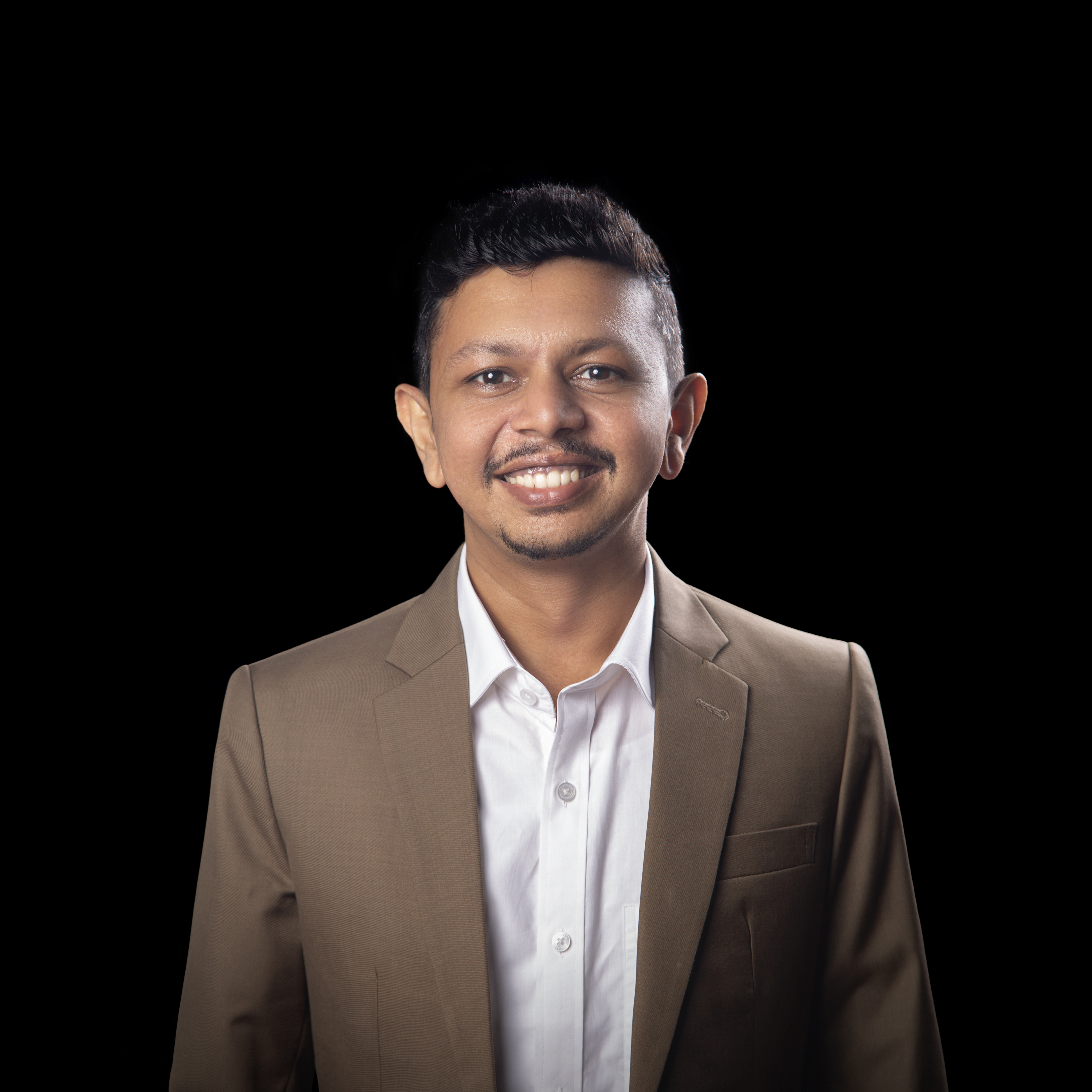 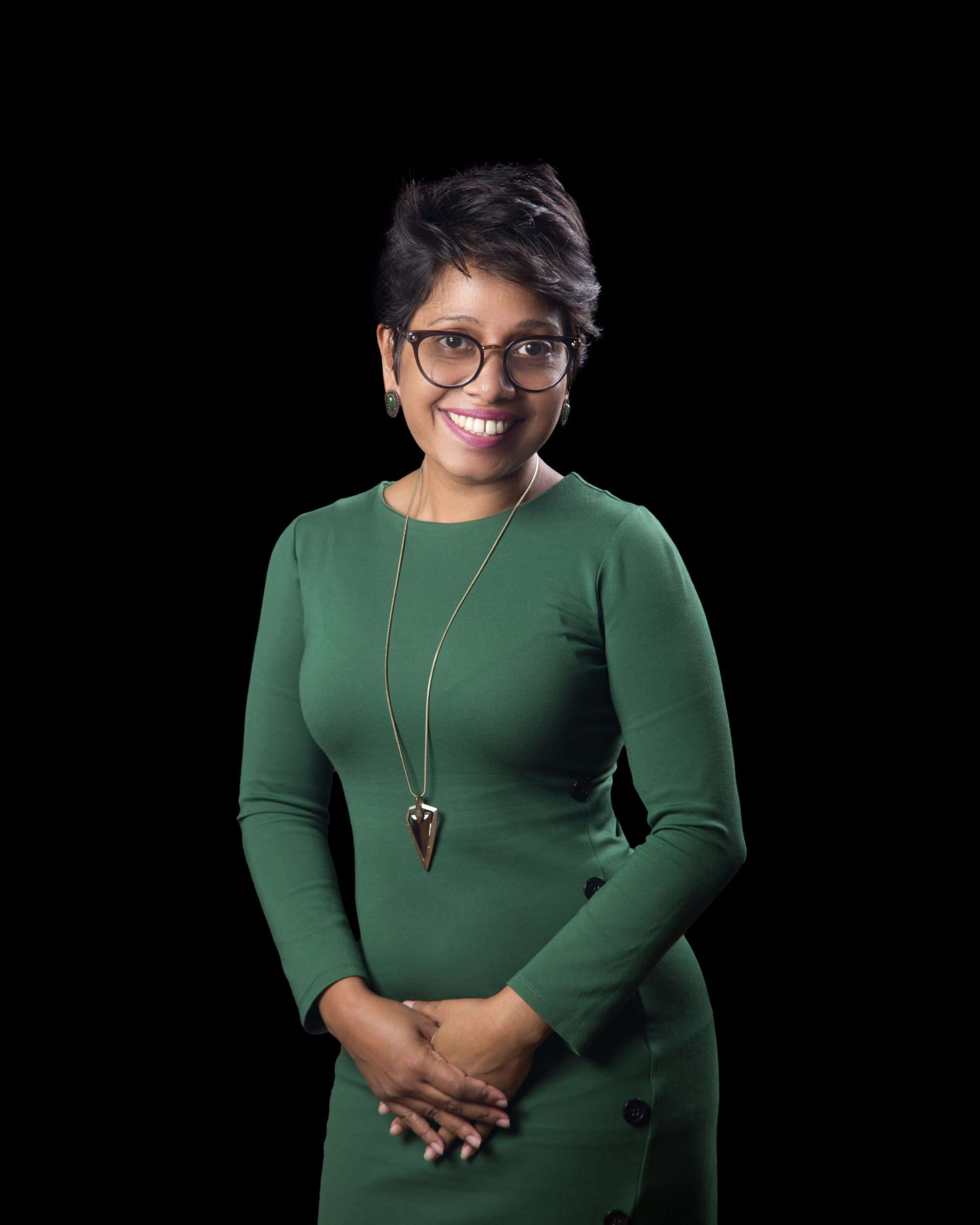